The four inductees will be celebrated at the gala hosted by the USA Triathlon Foundation on Thursday, Aug. 4 in Milwaukee, in conjunction with the 2022 Toyota USA Triathlon Age Group National Championships taking place Aug. 6-7. The gala will be hosted at Discovery World, in The Pavilion, starting at 6 p.m. CT.

The USA Triathlon Hall Fame serves to recognize, honor and commemorate those individuals and groups who have demonstrated excellence in every aspect of multisport — thereby inspiring others to elevate their own performance, participation and community involvement. Founded in 2008, it has recognized the best performances and contributions in the sport’s nearly 50-year history. This year’s class brings the total number of inductees to 47.

"Whatever the level at which you compete, you want to get the absolute most out of it. BOA is about human optimization. At the elite level, BOA wants to help our athletes get on more podiums, but what we want to support more globally is performance optimization at every level and every age of triathlete," said Jon Pritchett, BOA President & CEO. "We hope our investment in the BOA USA Triathlon Foundation Gala and Hall of Fame ceremony can be a catalyst for America's high-performance athletes and that such performance will inspire us all."

Co-hosted by Barry Siff and Michanda Myles, the gala’s festivities include a cocktail reception and silent auction followed by a plated dinner, program and formal induction of the hall of famers. All proceeds from the gala benefit the USA Triathlon Foundation, which serves to generate a greater impact on the multisport community and transform lives through sport by providing opportunities to swim, bike and run.

• Andy Potts Experience — Two days of training with triathlete legend Andy Potts, including a swim and bike session and meals together

Individual tickets are $125 and tables for 10 are available for $1,000. Space is limited and registration closes on Monday, Aug. 1. The USA Triathlon Foundation is also hosting an online silent auction, with select Olympic and Paralympic memorabilia, available for bid through Aug. 10.

To purchase tickets, and to learn more about the USA Triathlon Foundation and the individuals, organizations and programs it supports, visit usatriathlonfoundation.org.

About the USA Triathlon Hall of Fame Class XI

Gwen Jorgensen — Elite Athlete (Boulder, Colo.)
A Wisconsin native and an All-American track and cross-country runner for the University of Wisconsin, Jorgensen, 35, won the USA’s first Olympic gold medal in triathlon at the Rio 2016 Olympic Games, capping a stellar — and unlikely —triathlon career. After graduating with her accounting master’s degree and CPA license, Jorgensen hadn’t planned to pursue sport professionally and was working as an accountant at Ernst & Young in Milwaukee when she received a phone call from Barb Lindquist, founder of USA Triathlon’s Collegiate Recruitment Program, who noticed her running and swimming talent and urged her to compete in triathlon at the elite level. After learning the basics of the sport, Jorgensen earned her elite license in her first competitive triathlon. She went on to collect three podiums in her debut professional season — earning the title of 2010 USA Triathlon Rookie of the Year — and ultimately punched her ticket to the Olympic Games London 2012. She’d then go on to become the first woman to win a world title after a perfect undefeated World Triathlon Series season, to hold onto a 12-race World Triathlon Series winning streak, and to win the Olympic test event followed by a gold medal the following year at the 2016 Olympics in Rio. Since she won gold at the 2016 Olympics in Rio, Jorgensen has captivated fans of running, and in 2017, she announced she was pursuing a bold new goal: win an Olympic gold medal in the marathon.

Laura Bennett — Elite Athlete (Boulder, Colo.)
A two-time Olympian, Bennett, 46, took fourth at the Beijing 2008 Olympic Games and finished 17th at the London 2012 Olympic Games. A North Palm Beach, Florida, native, Bennett began competing in triathlons when she was 10 years old, and in 1994, was named USA Triathlon’s Junior Triathlete of the Year. She earned the silver medal at the 2003 World Triathlon Championships and a bronze in 2004, 2005 and 2007. Bennett was the U.S. team’s second alternate for the first Olympic Games triathlon in 2000 in Sydney and was the first alternate for the Athens 2004 Olympic Games. Bennett also competed on the IRONMAN 70.3 circuit, winning her IRONMAN 70.3 debut in 2009 in Augusta, Georgia, and followed that with a fifth place at the 2009 IRONMAN 70.3 World Championship. Bennett was named USA Triathlon’s Elite Female Triathlete of the Year in 2006, 2007, 2008 and 2010. Today, she and her husband, Australian Olympic triathlete Greg Bennett, own and operate Bennett Endurance High Performance, based in Boulder, Colorado.

Lesley Cens-McDowell — Age Group Athlete (West Chester, Pennsylvania/Holualoa, Hawaii)
A longtime age-group triathlete, Cens-McDowell, 75, has won multiple triathlon races of all distances, including the IRONMAN World Championship in Kona, half-Ironman, Olympic distance, and sprint triathlons. She won 11 first place age group titles at the IRONMAN World Championship in Kona, and 3 second place finishes in 17 races there. She set two age group records in Kona and a personal best was 10:58 in the 45-49 age group. In one of these races, a stress fracture of her fibula developed into a complete fracture halfway through the marathon and she still finished in second place.

Cens-McDowell won seven national titles at USA Triathlon Age Group National Championships and she was chosen as USA Triathlon Masters Triathlete of the Year in 1991, earning a trip to Japan to compete there on behalf of the US. She qualified for four Olympic distance World Championships and competed in three: Avignon, France; Orlando, Florida; and Manchester, England. She won a place on the podium in all three races. Cens-McDowell came to triathlon from a background of tennis, Grand Prix motorcycle racing, and then running. She was featured in Sports Illustrated: “Faces in the Crowd” in two separate issues. She now splits her time between homes in West Chester, Pennsylvania and Holualoa, Hawaii, just upslope from Kona on the Big Island.

Visit usatriathlon.org/hof for additional information about USA Triathlon Hall of Fame, including all inductee bios.

About the USA Triathlon Foundation
The USA Triathlon Foundation is a 501(c)(3) non-profit organization and the charitable arm of USA Triathlon. With its mission to transform lives through sport by providing opportunities to swim, bike and run, the Foundation serves to generate a greater impact on the multisport community through charitable giveback and grants that advance the Foundation’s three pillars: (1) Encourage youth participation; (2) Inspire adaptive athletes; and (3) Ignite Olympic and Paralympic dreams. Since the Foundation was established in 2014, it has provided millions in grants to organizations and individuals in pursuit of its mission and pillars to create a healthier United States through triathlon. To learn more about the Foundation and get involved, please visit usatriathlonfoundation.org.

About BOA Nutrition
BOA Nutrition, Inc. is a sports nutrition, food, & dietary supplement company based in North Carolina. They develop unique products with novel ways to rapidly deliver essential nutrients so athletes of all ages and levels can optimize their performance. BOA’s objective is to provide athletes with fast-acting, concentrated, great-tasting, & convenient products to use no matter where, when, or what the sport. The company's technology, and many other innovations from BOA, are protected by 18 provisional patents and a number of trade secrets. Follow BOA Nutrition, Inc. on Facebook, Instagram, LinkedIn and Twitter. 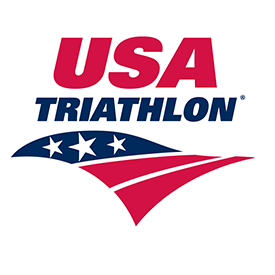 USA Triathlon is proud to serve as the National Governing Body for triathlon, as well as duathlon, aquathlon, aquabike, winter triathlon, off-road triathlon, paratriathlon, and indoor and virtual multisport events in the United States. Founded in 1982, USA Triathlon sanctions more than 4,000 races and connects with more than 400,000 members each year, making it the largest multisport organization in the world. In addition to its work at the grassroots level with athletes, coaches, and race directors – as well as the USA Triathlon Foundation – USA Triathlon provides leadership and support to elite athletes competing at international events, including World Triathlon Championships, Pan American Games and the Olympic and Paralympic Games. USA Triathlon is a proud member of World Triathlon and the United States Olympic & Paralympic Committee (USOPC).